I haven’t posted anything about Hearthstone’s Blackrock Mountain adventure since it came out and I think it’s about time I got around to that.

The adventure was a lot of fun. The bosses had their own little quirks that you had to work around to win, but none of them were too hard.

The Mage class challenge was awesome and I have replayed it a bunch of times. The deck you get is a solid 30 Unstable Portals! 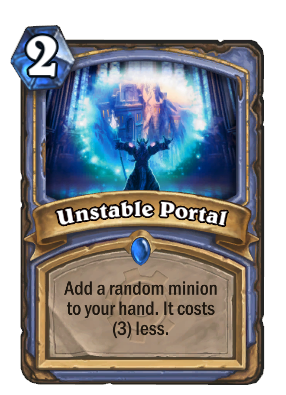 I’ve tried my hand at a few of the Heroic bosses and beaten three of them. My decklists and a glimpse of how the decks work are available on YouTube at these links: Grim Guzzler, Emperor Thaurissan, and General Drakkisath.

Now that the adventure is over and I’ve collected all the cards, which ones are the best and most fun? 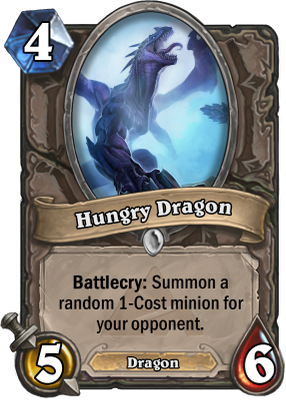 Hungry Dragon stays a favorite for me. You get a good creature and your opponent gets something useless or something that completely messes you up. Shieldbearer is one of my least favorite minions to pop for my opponent even though its usually trash. 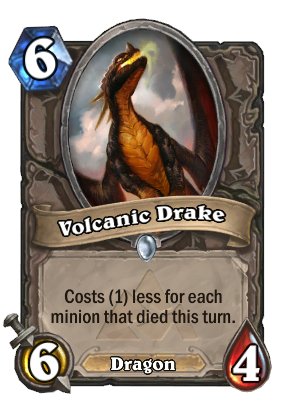 Volcanic Drake is pretty good in Arena and might make mid-range Hunter much more viable. The Drake combines well with Unleash the Hounds. Drop the Hounds, wipe your opponent’s board, and then play the Drake for free. 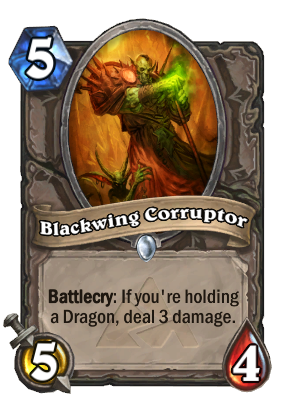 Blackwing Corruptor is pretty much an auto-include if you’re building a dragon tribe deck. The Battlecry effect is just so strong. Get a decent sized minion and probably eliminate one of your opponent’s minions as well. Awesome card. 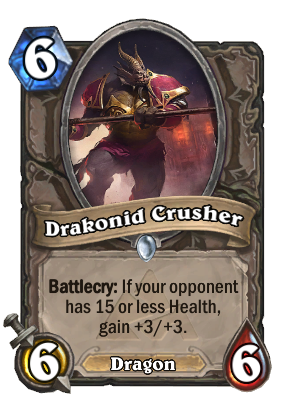 Drakonid Crusher is another winner for Arena. 6 mana for a 6/6 isn’t bad. It’s only got 1 worse health than Boulderfist Ogre. And Drakonid is a dragon so it can activate the Battlecries of Blackwing Corruptor and other similar cards. Best part is that if you’re already winning and you drop Drakonid, you get a 9/9. Even bigger than a giant! Solid draft in Arena. Not so good in constructed because you usually need things other than huge creatures in constructed. 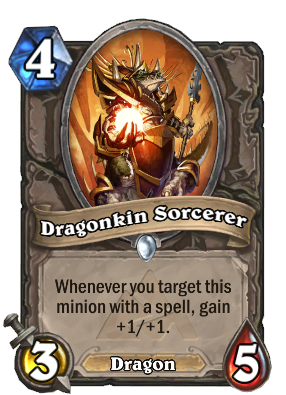 Dragonkin Sorcerer is terrifying when a Paladin plays it. It’s stats are average for its cost, but if the Paladin drops a buff spell on it, look out. And its a dragon for that dragon synergy as well. 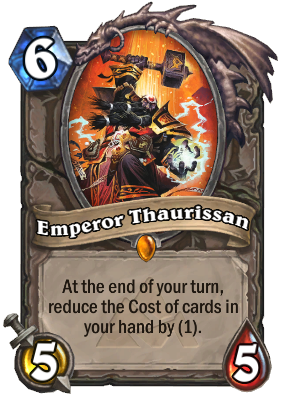 Emperor Thaurissan made a lot of combo decks much more viable. Specifically Freeze Mage and Combo Druid. If the cards necessary for lethal are all 1 mana cheaper then the combo can be pulled of in one turn instead of two if needed or at an earlier turn thatn previously possible. Thaurissan is a great card. 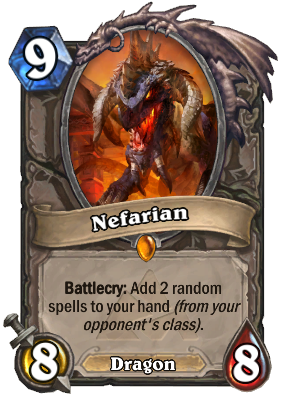 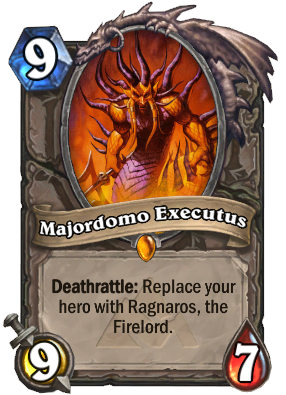 Nefarian and Majordomo Exectus both underperformed my expectations to be honest. Nefarian often gets you spells that are completely useless in your current situation. Exectus is often a liability because becoming Ragnaros reduces your health to 8. In what situation would you want your health to go that low? Usually if its already that low. And if it is that low, then your opponent will just deal damage to you instead of Exectus. 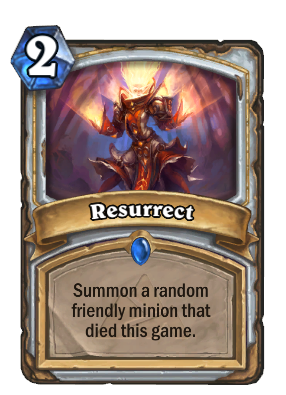 Resurrect is one card that I’m excited to see more of. I’ve heard that it combos well with Injured Blademaster because it comes back at 4/7 instead of 4/3. I’d like to see if slightly modifying a Preist deck could make this card awesome, but I don’t play that much Priest anymore. I’ll give a try sometime! Maybe for the Heroic bosses. 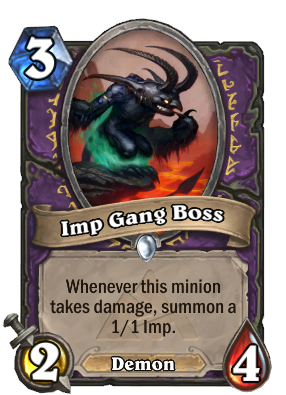 Imp Gang Boss is a really nice Warlock card. Demons are getting better and better as Blizzard releases more of them. Imp Gang Boss is chock full of demons and quite difficult for your opponent to fully remove. Pretty much a solid card in any situation. 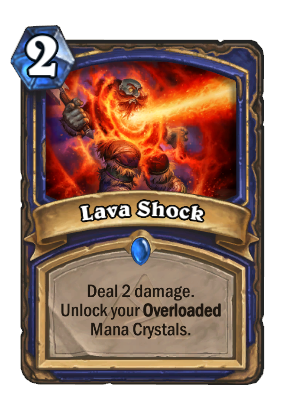 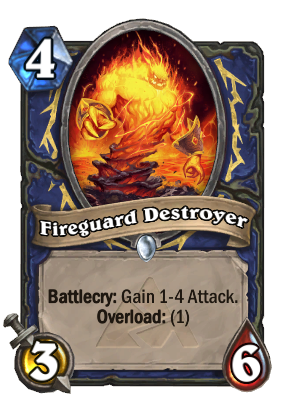 Lava Shock and Fireguard Destroyer are the two new Shaman class cards. Lava Shock is definitely cool. There are a few Shaman decks I’ve wanted to try out in the past, but Overloading too much stopped those decks from working. Lava Shock could fix that. And Fireguard is just a good card for its cost. It will almost always be worth the Overload cost you pay for it, just like Crackle. 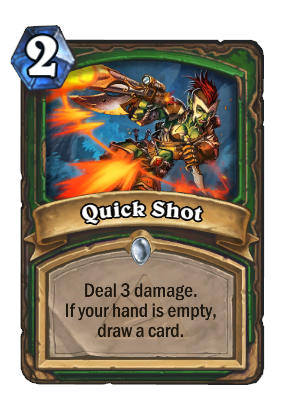 Quick Shot is the latest upgrade to the Face Hunter deck. Out of cards? Why not deal damage and draw more cards! Plus it allows for more burst from the hand to surprise your opponent with lethal when they thought they were safe. Good card.

That’s all the new cards that stuck out to me. I’ll be posting more YouTube guides to beating the Heroic bosses as I manage to do it!

One thought on “Blackrock Mountain Wrapup”