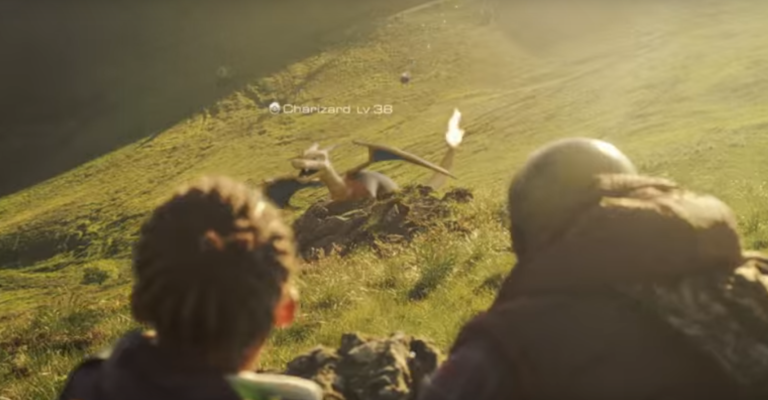 Nintendo announced the next evolution in Pokémon games back in September 2015, Pokémon GO.

There still isn’t a lot known about the game, but Nintendo released additional info on it earlier in March 2016.

This is the first time I’ve truly gotten excited about Pokémon in over a decade.

I got Red and Blue when they came out along with all my other elementary school friends. I also got Yellow when it came out to get the complete “Ash Ketchum Experience.”

When Gen II arrived, I got Gold and my friend got Silver. He eventually got bored of it and gave his copy to me.

After playing Gold and Silver occasionally for years I eventually completed my collection of the first 250 Pokémon!

I lost interest in the series after that. I’d “Caught them all” once, why do it again?

When HeartGold and SoulSilver were released, my freshman dorm-mates were all picking the game up. I was tempted, but ultimately I decided I didn’t want to go down that route again.

I ignored all the subsequent generations. I know all the original 151 but can name only a few of the back two thirds of the Pokémon that have been released as this point.

But with Pokémon GO coming out… I could see myself returning to the franchise. What’s getting me all excited for this game in particular though?

Pokémon GO is an app game for iPod and Android phones. The app is free, but will be monetized with in-app purchases.

Pokémon GO creates an augmented reality seen through your phone.

Imagine, you’re walking in the park after a large lunch on a Saturday. Your phone buzzes in your pocket. An alert from Pokémon GO! There’s a Pokémon nearby!

You pull up the app on your phone and sweep it across the park’s landscape. Where is the Pokémon? AHA! That tree over there isn’t a tree at all! It’s a Sudowoodo!

You send out one of your own Pokémon and get involved in a battle using your phone to weaken the wild Sudowoodo. Once it is sufficiently damaged you gesture with your phone to throw a Poké Ball at it. The Ball shakes and the Sudowoodo is captured!

Another person with the Pokémon GO app runs up. They’d gotten the alert about the Sudowoodo as well. They got here too late to capture it themselves, but they get their own copy if they can beat you in a battle. Your phones connect up and you’re ready to Pokémon GO!

At least that’s how I imagine the game will be.

Nintendo has been quite sparse with their information release on Pokemon GO.

Pokémon GO will be an augmented reality game where you can catch Pokémon during your daily life, on vacation, in the ocean while fishing, whatever.

Pokémon GO will have in-app purchases (my guess is stuff like Great Balls or a second chance at catching a Pokémon that ran away).

Pokémon GO will have an associated pedometer watch that will function kind of like the Pokéwalker for HeartGold and SoulSilver. The watch isn’t necessary to play the base game, but it enhances the experience.

Aside from that? We don’t know.

Some screenshots have been released, but they won’t necessarily match the final version of the game when it comes out later this year.

Nintendo said that Trainers/Players will have levels, but will Pokémon still have levels and evolve? Will they learn moves or have a static set like Pokémon Conquest?

Are there even battles between players or is this effectively a solo experience?

My feeling is that at the initial release the answer to many of these questions will be “maybe.”

But as support for the game continues? More and more of the features I am imagining will be added.

Some of them might end up behind a paywall, but I paid for the original games, why not pay a little for Pokémon GO content as well?

Without releasing specific information the game has a great deal of potential. I’m hoping that with the beta test that just started in Japan more info will be released and we’ll get a better idea of what the game will be. If it matches my expectations, AWESOME! If not, then my hope is that patches released further down the road will turn the game into what I know it can be, an amazing experience.

9 - Scraw and Gnomestones - Setting the Stage, Campaigns for D&D and Other RPGs

I talked with Scraw about DMing and his campaign, Gnomestones. Scraw runs a 1st edition D&D game with only a few modifications (as everyone does). We chatted about system choice and how it affects your game. We talked about online resources that DMs can use to enhance their game or provide inspiration.We referenced a few websites during the episode. You can check them out here:The Thieves GuildFantasy Name GeneratorsDNDSpeakScryfall Random CardsScraw also has a few of his D&D sessions up on YouTube if you'd like to get a deeper look: https://www.youtube.com/@gnomestones Hosted on Acast. See acast.com/privacy for more information.