What is League of Explorers bringing to the Hearthstone table?

“The Discover mechanic!” is the easy answer. As the Zinaar boss already showed us in a not so subtle way, Discover lets you pick between three different cards and add one of them to your hand, just like an Arena draft. Discover isn’t going to take over the game, but its a new way to gain card advantage. You play a card that has a Battlecry: Discover effect and then it trades with something. You traded card for card, but you also got a bonus card through the Battlecry.

With that said here’s a few of the cards that look the best to me in the League of Explorers adventure for Hearthstone. 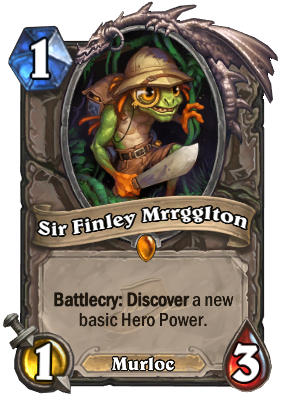 Super useful if you’re building a deck for a class, but don’t plan on using that classes hero power very much. A Rogue Inspire deck for example. And if you wanted to have more Murloc stuff Sir Finley Mrrgglton can be included in a deck with these two beauties: Everyfin is Awesome and Anyfin Can Happen 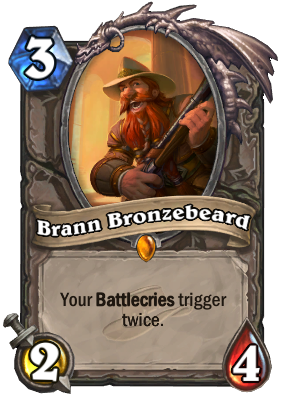 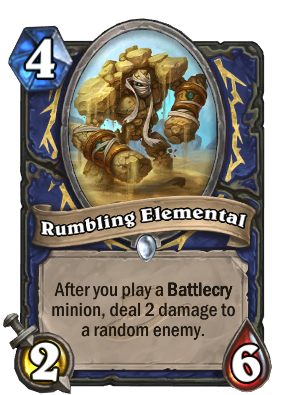 Both of these cards will make Battlecry decks way more popular and viable. I’d wager that this will be on the level of the rise of Deathrattle decks after the release of Naxxramas. 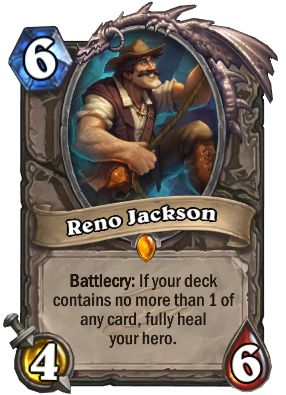 He was released in the first wing and already has a few highlights on YouTube. Good in any control deck. Reno’s Battlecry will trigger based off the cards in your deck at the time he is played, so if you are using a deck that runs two of everything, but you’ve drawn or played one copy of each of those cards then his effect will trigger. 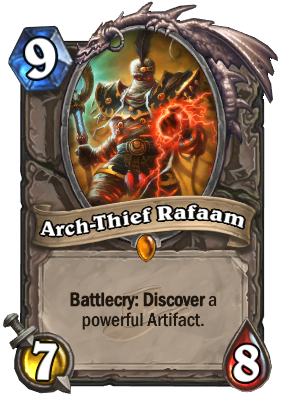 Just a strong late game card. Rafaam lets you choose between three different cards and put one in your hand. These three cards are: 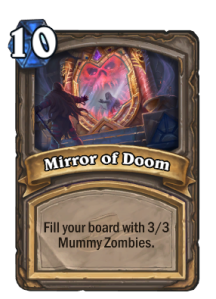 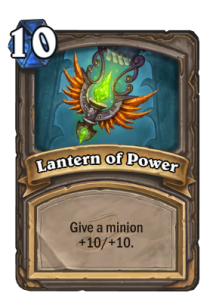 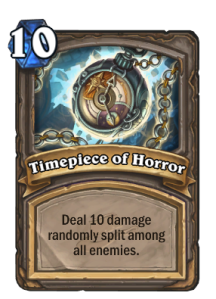 Rafaam has the advantage of giving you whatever tool you need to take control of the game. His disadvantage is that you won’t be able to take advantage of that tool until the turn after you play Rafaam. Also, imagine a combination of Rafaam and Brann. Two super cards! They remain super expensive though. 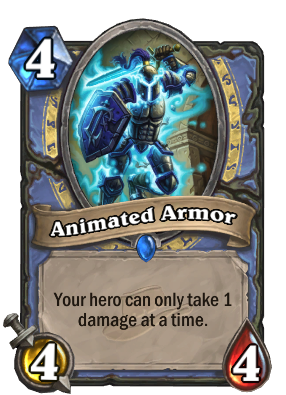 I saw a lot of buzz about this card being good and how it will make Mages even more untouchable. I gotta say that’s not true. Most of the time this will act as a 4/4 taunt. Just a slightly different stat allocation that Sen’jin Shieldmasta. 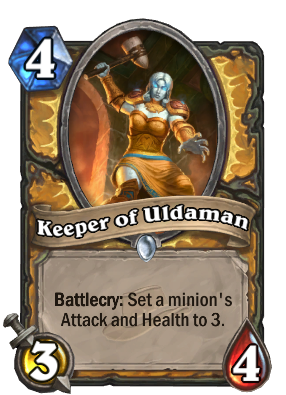 This one functions a lot like Aldor Peacekeeper but it has an alternative use, buffing a Silver Hand Recruit up! When use that way it comes with a grand total of 5/6 stats making it one of the best 4 mana cards out there. 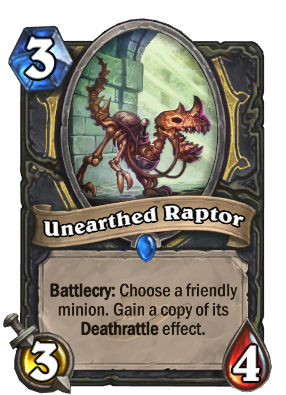 I routinely compete in a Hearthstone card creation contest on Order of the Stick’s Forums and cards like this have been suggested many times in the past. I’m glad that Blizzard has introduced the card. It’s got good stats and it should reliably have a good Deathrattle effect. Or it could be used to make Mill Rogue stronger by copying Deathlord or Dancing Swords Deathrattle. 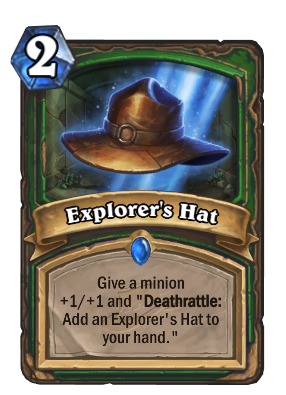 I don’t think this card will be particularly good, but I’m excited that it was released. Hearthstone is based off of Magic the Gathering and there are obvious similarities between the two games. Hearthstone has spells that buff creatures, and Magic has enchant creature spells. Enchant creature spells hang around as a card that is actively affecting it’s creature while Hearthstone cleans up that mess by having the effects of the spell visually appear on the card’s stats.

But what if you want to separate the buff/enchant creature from the creature after you’ve played it? that was easy enough in Magic, if you have a card that lets you do that, you move the enchant creature to a different creature. Wizards of the Coast made that process even easier with the release of equipment cards. In Hearthstone… There’s no easy way to do that and have it integrated with the game’s current mechanics.

So instead we get this janky mess! It hearkens back to the early days before Magic’s equipments were released. When Rancor and Angelic Destiny were the staple for reapplying enchant creatures. I understand Explorer’s Hat perfectly well, but it’s going to be a confusing card for novice players.

There’s a lot more cards but none that wowed me like these ones did. If you want to look at the others they are all posted here.