Danar lived on after the end of the Dragon War, doing many good deeds. He was 63 but as a draconic descendant he had not aged. He assisted with the construction of the defenses for the Orbs of Dragonkind before returning to Sheerzen to rule his reclaimed kingdom. Danar married more than once, becoming a polygamous king. He ruled well for twenty years, establishing a just society for his people as he had before in the swamp that bears his name. The same system of succession for his progeny. There could be only one heir. All others must be sterilized or executed.

After twenty years of rule, Tentineh came to Danar. The old wizard was entering his slumber and asked Danar to join him. Danar got his affairs in order then entered suspended animation with the other Heroes of the Dragon War. He would only be reawakened by the destruction of the Red Dragon Orb. END_OF_DOCUMENT_TOKEN_TO_BE_REPLACED

883BCE: As word spread the people of the land rejoiced. The dragons were sealed away, hopefully never to return. Cimmerians no longer feared elemental breath raining down on them from above. People went about their lives, happy and safer than they’d ever been.
The Heroes remained concerned that one day the Orbs would be broken and the dragons would be released. Tentineh suggested that the Heroes split the Orbs among themselves and place permanent protections around them. Some of the Heroes did not have the resources to defend an Orb of Dragonkind for eternity. Tentineh volunteered to guard those unallocated Orbs along with his own. The Heroes split up and began constructing defenses around the Orbs and rebuilding their respective societies. END_OF_DOCUMENT_TOKEN_TO_BE_REPLACED

887BCE: Eathirilu and Davonisi patched up their differences and worked together to re-energize the dragon-allied Elves. While he and many others feared the war was already lost, they were not prepared to surrender just yet. With the new army formed, Eathirilu awaited the command of the dragons.

886BCE: The remaining dragon patriarchs gathered with their armies in Apollo’s Plains. The red dragons, Invernix and Sartoria; the green dragons, Cordax and Hashterainon; the gold dragons, Agohimano and Hontalawi; and the bronze dragon, Langudina. Rilopenaril the traitor did not join his brethren. Giants, Ogres, Humans, and Elves made up the dragons’ armies.
The draconic forces marched eastward and burnt everything as they went. No settlement, no person, no blade of grass escaped the wrath of the dragons. Directly in their path was the old seat of the Conclave, Phoenix. END_OF_DOCUMENT_TOKEN_TO_BE_REPLACED

893BCE: Eathirilu led the dragon-allied Elves of the Dry Woods in a raid against Bigby’s encampment. The raid proved an amazing success. Bigby himself was captured along with the Copper Orb of Dragonkind. Eathirilu ensured that no messages left the Dry Woods before beginning preparations for an attack on Phoenix.
Knowing that he needed additional assistance, Eathirilu called upon the dark fey of the forest. Davonisi, the druidic leader of the hostile Unseelie faeries, answered Eathirilu’s call. She joined his march through the countryside towards Phoenix. Davonisi’s fey scouted ahead and committed unspeakable atrocities against every mortal they encountered on the way. None were left alive to bring word of the army’s approach to Phoenix. Eathirilu was unsettled by Davonisi’s actions and began to wonder which side was truly just in the Dragon War. END_OF_DOCUMENT_TOKEN_TO_BE_REPLACED

Barakah was an NPC with a sliver of a backstory that one of my players adopted as his PC. He greatly expanded Barakah’s place within Cimmeria. While I helped with some parts of the conception, Throgg rightly retains most of the credit and this entry would be incomplete without mentioning it.

Barakah is the last of the sand giants and the vessel of Ammutseba the Demogorgon. His life was saved by Hektor and he promised to fight against the Aractrashan wizard’s enemies. He helped Hektor and the Exiles briefly against the Dragovinians, but was overwhelmed by the dangerous beast within him. He consumed his own ally, Zelus, and fled to parts unknown.

Barakah was born several hundred years ago amid a sand giant society that was threatened by outside forces. END_OF_DOCUMENT_TOKEN_TO_BE_REPLACED

897BCE: The dragons led their combined armies to attack Sheerzen. They were constantly outflanked on their journey there. The Heroes always seemed to be one step ahead of the dragon-led army. Unknown to the dragons, this was due to the power of the Orbs. Anyone holding an Orb could detect the movement of nearby dragons, allowing perfect scouting of the draconic forces. The thrust towards Sheerzen was outmaneuvered and defeated. END_OF_DOCUMENT_TOKEN_TO_BE_REPLACED

Korjak is a half-Orc and is the vessel for the Nordic god, Baldr. Korjak was a Lieutenant in the Rebellion army and he nominally led the four Dragovinian mortals, Gregor, Sivirdm, Stanton, and Wu, during their quest to reclaim the lost pieces of the Druid’s Prophecy. He grew to like his traveling companions more than the Rebellion leadership. After the completion of their quest he resigned his command and left with Gregor and the others to reunite the Orc tribes in the east. END_OF_DOCUMENT_TOKEN_TO_BE_REPLACED 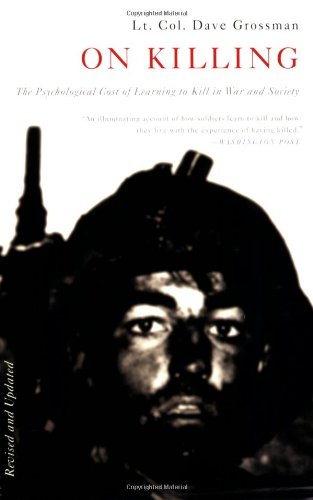 I finished Lt. Col Dave Grossman’s book On Killing recently. It’s about soldiers’ resistance to kill, how the military overcomes that instinct, and the larger reprecussions of that type of training on society. It is not a “how-to” book as I feared many people might’ve thought whenever I read it in public.

At the start I should say that Grossman presents a good case. He backs it up with hundreds of interviews with soldiers and his personal impressions from being in the service. Unfortunately, he doesn’t have a lot of hard data to support his point. Why? Because for the most part there just haven’t been a lot of studies on how to get someone to kill another person. It ranges into the unethical territory of psychological studies. The data he does have is convincing. END_OF_DOCUMENT_TOKEN_TO_BE_REPLACED 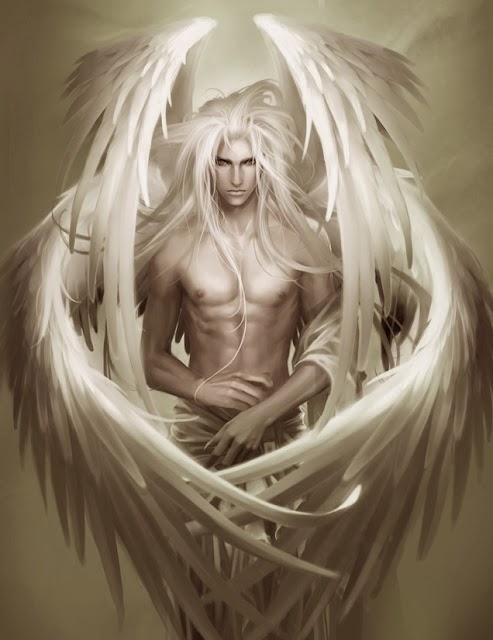 Zelus is the Classical deific embodiment of zeal itself. He encapsulates excitement, eagerness, rivalry, and unwavering devotion to a sworn cause. Zelus is one of the Daimons, the divine children of Pallas and the River Styx. He currently aids the Exiles in their quest to eradicate Dragovinians from the face of the earth.

Zelus has a complicated place in the Olympian pantheon. END_OF_DOCUMENT_TOKEN_TO_BE_REPLACED

911BCE: Danar ruled justly for a decade. Rilopenaril and Langudina both advised him, but Danar always followed the advice of the bronze dragon brother. Langudina took to sulking within Apollo’s Hill as Rilopenaril had before her. After ruling as a good king for a time, Rilopenaril informed his descendant of the plan he had concocted with Shratalanda to end draconic tyranny over the land forever. Danar embraced the idea and began training the people of Sheerzen so that they would be ready for the coming war.

900BCE: The mortal led armies of Gorwinua, Amalgami, Toffoun, and Tentineh operated in the open, taking actions to counter the rule of the dragons. Tentineh called the heroes of the land together to organize the overthrow of the dragon hegemony. Gorwinua, Amalgami, Toffoun, and Tentineh gathered in Greshendale along with Danar, Jovy, Cecilia, Shratalanda, Tracy, and Bigby.
Shratalanda revealed the plan she had begun enacting nearly a century before. The dragons were divine creatures and could thus never be truly killed, but they could be imprisoned. What could bind a beast as powerful as a dragon though? Shratalanda suggested using the dragon’s magical powers against each other. Since the dragons ruled in pairs, the power of each could be turned against the other.
The group of heroes even had an ally among the dragons. Rilopenaril hated the evil rule his relatives had imposed upon the mortals of Cimmeria. He had been working with Shratalanda to steer events towards the Dragon War which now began. The ten heroes vowed to combine their forces and exploit the disunity of the dragons. Each of the pairs could be brought down and imprisoned one by one.

898BCE: The dragons organized their defenses against the heroes and their armies. Mortals loyal to the dragons rose up to defend their masters. The flames of the Dragon War grew hot as battles raged all across Cimmeria.

GoCorral
Create a free website or blog at WordPress.com.