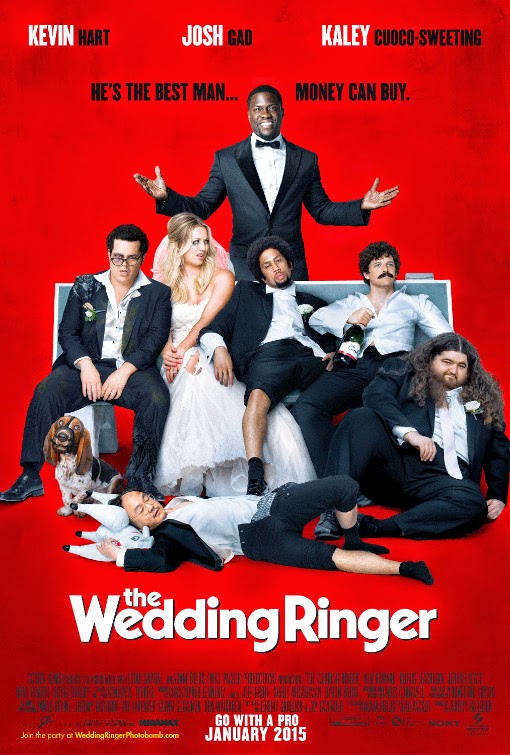 I watched The Wedding Ringer with my wife (she’s my consistent movie watching partner) and it is the first movie I will be giving a negative review of on my blog!

The premise of the movie is pretty simple. Doug Harris played by Josh Gad is getting married to Gretchen Palmer played by Kaley Cuoco-Sweeting from The Big Bang Theory. Unfortunately, Doug has no friends to be in his wedding party.

Typical comedy farce ensues as the groomsmen struggle to memorize their fake identities and lie their way through the events surrounding the wedding.

There are some occasional good scenes like there are in any comedy. When Jimmy learns his new pseudonym, Bic Mitchum, he plays around with it a bit, “I’m Bic Mitchum! What’s it to you?”

Sadly, most of the movie is crude humor instead of farce or slapstick. Most of the “jokes” are simply people swearing in stressful situations.

There are also two scenes that effectively ruined the movie for my wife and me.

The second scene involved penis humor. I didn’t like it in The Hangover. No one liked it in The Hangover. Why are you bringing it back Hollywood? There was also a dog and some peanut butter involved but I don’t want to get into the specifics in case I ruin the joke for people going to the movie.

The rest of the movie was fine for a comedy, but not amazing. Kevin Hart and Josh Gad do a good job, but I know Kevin Hart can do better.

My favorite part was probably Affion Crocket playing a wisecracking airport customs officer just like he did in Baggage Claim. It’s about as specific a typecast as you could get!